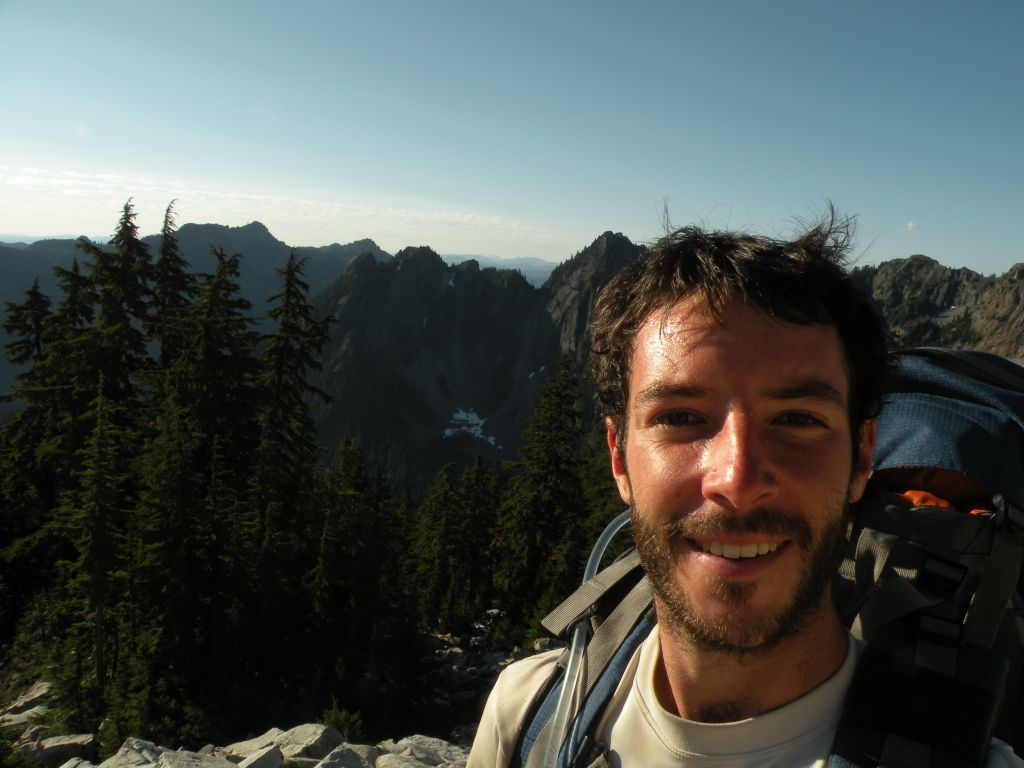 I’ve gone on a lot of enjoyable adventures in recent years, and a few of those I’ve done on my own. Returning from a weekend in the snow and mountains with friends, I’m drawn to thinking about what makes an event or adventure special, and how it allows you to grow as a person. The basic idea that has set off my thought process is that I think it is important to have some solo adventures as it is to go off with companions. The reason for this, however, is quite similar to the reason that it’s great to have big experiences with friends.

There are a lot of good reasons to adventure with friends. At least for me, shared experience is one of the most meaningful and easiest ways for me to connect to someone else. Maybe I have trouble getting out of my own head and empathizing with other people’s past histories and stories, but being in the physical presence of another while creating strong memories lets me feel like I understand them on some deeper level. The crux of an adventure, the heart and emotion of it, is nearly impossible to describe to another. Maybe I can relate if I’ve done something similar, but the best I’m going to be able to do is enjoy the fact that you’re riding the feeling of life-building experience.

The other major connector from adventuring is talking about it after the fact. Sometimes there are inside jokes, there is always describing it to others who weren’t there, and for the best adventures, there is reminiscing that continues for years after. “Remember when we…” is a simple and strong bond to have with someone, especially when the remembering is about something wild and maybe a little crazy that you’ve done. Hiked that mountain to see sunrise. Biked over 100 miles to the Oregon coast and back. Had that road trip through 8 national parks.  These things are the glue that make regular friendships into lifelong friendships.

So, isn’t that enough, to have some great trips and vacations with friends? Maybe, but in my life I’ve found the solo adventures to be equally or more valuable than those in groups larger than one. On the most basic level, there have been fewer of them, which may make them stand out by sheer quantity. There is another piece to it, though, that goes deeper. When you go on a solo adventure, for the most part similar things happen as would if there were others with you. The difference is that in this case there is an entirely new sense of internalization. These experiences are wholly yours. They define you on an absolute scale, not one relative to your companions.

There are still inside jokes, but now they are things which you know nobody else will fully understand, so you smile to yourself instead. There is still describing it to others, but without someone else to share the emotion with, description feels empty and usually ends up being brief and lacking. Rather than be disappointed that other people don’t relate, I treat it as an opportunity to keep my experience special. It is beyond words, a deeper part of myself. And years later, the experiences are still there. They are a story to share with yourself as you lie in bed, as your mind wanders on the bus, as you imagine your next adventure.

So what does it actually feel like to do it? I’m coming at this from a couple main experiences. One was a six-month trip to Italy, with good chunks of the second half being solo. The longest unbroken piece was a six-day bike tour from Tuscany to the Amalfi Coast. I interacted with a lot of people, but nobody I knew or have seen since. The other is a four-day backpacking trip through the Cascades in Washington on a portion of the Pacific Crest Trail. I started with a friend who had to head home after the first day, and then ran into a handful of other hikers along the way. Again, not isolation, just solo-adventuring.

At first, it’s hard. There are nerves. Obviously to go solo, you should be sure that you are capable and comfortable with what you’re attempting. Still, there can always be emergencies, and being alone removes a lot of your safety net. It is emotionally trying at times. Especially in the woods, evening time is tough. Between stopping hiking and getting in your sleeping bag, watching the sky darken and shadows take over, it is hard to avoid thoughts of friends, lovers, former lovers, potential lovers. Eating is naturally a social activity, and dining alone always gets me.  The list goes on. Even with all these difficulties, and in a lot of ways, because of them, the payoff is huge. It is so empowering to know in such a real way that you are capable of doing something difficult and prolonged without another’s aid. To know that you can overcome hard emotions. To know you won’t die.

It usually takes me about two full days of going solo to get through the tough emotions and loneliness. After that it doesn’t go away all the time, but for the most part I am close to ecstatic. I become calm and connected to myself. I know which avenues of thought are fun to go down, and which will cause me pain or disappointment. I am in control, and I am smiling. I know where to push my limits, but enjoy taking it easy. I don’t mind the fact that I won’t be able to communicate to my friends what it is about this trip that is so great. Sometimes there is something extraordinary that I can tell it will draw people into the story of the trip. Watching a mama hawk teach her baby to soar on gusts of wind. But the real joy comes from the fact that every moment feels that special and unique, it is just harder to communicate why.

I have yet to take a longer solo trip (hiking the Appalachian Trail, or the whole PCT?), so I can only imagine how the presence of solitude evolves over time. It is something I’m curious about, but it seems very dependent on which direction my life leads me. For now, I’ll be making a conscious effort to go adventuring as often as possible, but will be sure to sprinkle in a solo trip here and there.