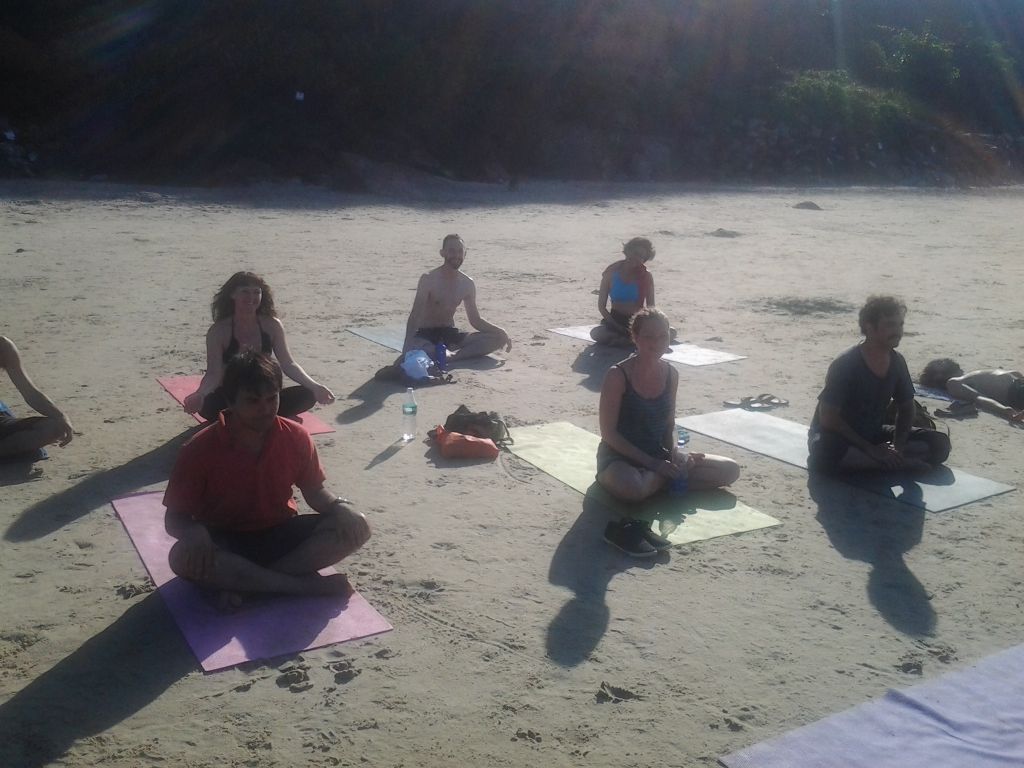 I just finished eight days in Verkala, a beautiful paradise cliff town in Kerala, India. This is the place most like the stereotypical paradise I’ve ever been. Fresh papaya, pineapple, grapes, oranges, melons, coconuts everywhere. Still cheap by American standards. With a room at a beautiful homestay (kitchen and yoga terrace included), I was spending about $10-$18/day. Life here can be much cheaper, but this price essential got me a life of luxury.

When we arrived in town, I felt a weight immediately lifted. I realized that travelling in inherently insecure. You never know for certain when or where you’ll next eat, sleep, or use the toilet. In yoga terms, these are all functions of the Muladhara chakra, or root chakra. If it’s not satisfied, you can’t progress to higher levels of existence: creativity, courage, emotional connection, communication, wisdom, and universal connection. When the root chakra is closed or blocked, you get stressed, feel uncertain and insecure. 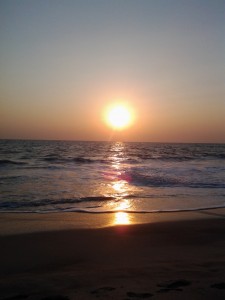 This is the best my phone can do, but you get the idea

Arriving in Verkala immediately opened my root chakra. The place is so calm, familiar without my ever having been there before. The main hangout is built up on a cliff overlooking the Arabian Sea, which is basically the ocean. There are palm trees swaying in the wind, and everyone expects there to be a lot of travelers, so you don’t feel like a spectacle walking around. There is still a slight feeling of being a commodity there, but nowhere near as much as in Kovalam. Kovalam is much more oriented toward full-package tourism, while Verkala is full of fly-by-the-seat-of-your-pants backpackers. Basically it feels like it could be home. It would be easy to stay a month and work on some big projects.

With my root chakra opened up, I felt a surge of creative energy. I decided to get started writing a book, to ask around for students looking for yoga classes, to paint and draw and read. The stay ended up being fantastic. I listened to live music four nights in a row, including my first Indian classical music concert. With some friends from the yoga training, I practiced yoga twice most days. By the last day I taught a class of eight students at 6:30 am on the beach. I taught a few classes of three or four students before it, but this felt like my first real yoga class. Teaching felt great. I’ve got a lot of familiarity and confidence to gain, but it’s so rewarding to help people have the experience of yoga. 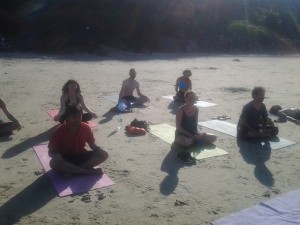 It’s sad to leave Verkala, but there is a lot more left to do. One of our next stops will be Kanyakumari. It’s the southernmost tip of India and has a view of the confluence of three oceans. There’s apparently not much to do there, but it’s said to be the physical manifestation of the Muladhara chakra in India. There are seven places in India that correspond to the seven chakras, with Kanyakumari as the furthest south, and Mt. Kailash, now in Tibet, as the farthest north. Mt. Kailash is the crown chakra, and is one of the most holy places in the world. But for now, I’m happy to have my root chakra taken care of.

Love the Practice, Not the Result