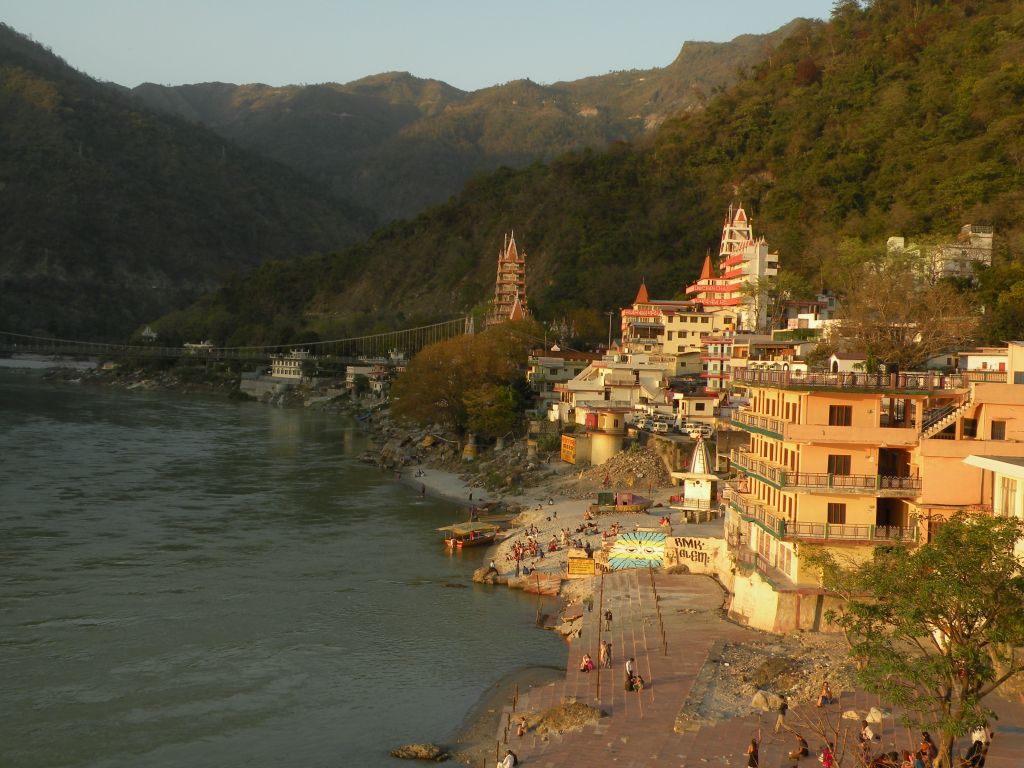 I’ve made it north. Chennai to Delhi, Delhi to Haridwar, Haridwar to Rishikesh, Rishikesh to Dharamsala. I’m acquiring stories to tell faster than I can tell them. Similarly, I’m getting inspired faster than I can act. Plans for businesses to start when I’m back home, places all around the world to travel, classes to take, ideas to share. But very little time to make any of it happen. I’m realizing this is the nature of traveling. It fills your cup with novelty and experience, but doesn’t leave a lot of room to put energy back into the system. So, I’ll have a busy summer and fall. 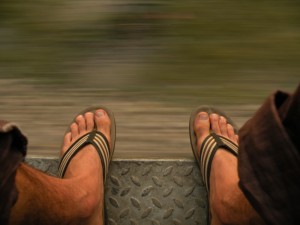 From Delhi, I caught an overnight sleeper bus to Haridwar, on which I got to share a twin-sized birth with a very nice man. Fate smiled on me and he was pretty thin, and had the idea to sleep head-to-toe. Turned out to be quite comfortable. In town, I met up with my friend Kelly from Seattle, who I’ve been traveling with since. For more in-depth impressions on Haridwar and Rishikesh, check out her latest blog post here.

Very briefly, Haridwar is a holy city for Hindus, and is packed with tourists and pilgrims from around the country. It’s nearly absent, however, of westerners. We stayed for two nights, checked out some cool temples and watched a fire ceremony that happens every night on the Ganges, the holiest river in the county. We ate some really good dal (lentils) and poori (fried dough – this is breakfast here). It was nice to be in a place without many white faces, just the opposite of what we found in Rishikesh.

Rishikesh is a holy city for Hindus as well, but it’s also popular for westerners because of the yoga scene and the fact that the Beatles spent some time there. More or less, the Ganges separates the hectic, crowded, Indian side of town from the chilled-out western side. A lot of people come to Rishikesh to stay in yoga ashrams and basically seclude themselves to do internal work. I’ve been to a couple ashrams, and at this point in my trip I’m not feeling any need to isolate myself. So we stayed in town on the chill side of the river. 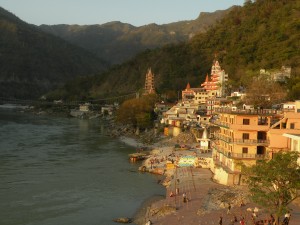 Laxman Jula, the chill side of Rishikesh

There are definitely some cool things happening in Rishikesh, but largely it’s the same scene as all the other popular traveler towns. Lots of cafes with peace signs painted on the walls serving western food and muesli very slowly while you sit on the floor with other westerners, play guitars and drink coffee. Normally, these are some of my favorite things to do, but it feels inauthentic here. It’s our idea of what India is supposed to be like, so we’ve manifested it here. Also, a bit too much pot-smoking and dreadlocks for my taste (fashion note: apparently the new way to have dreadlocks is to shave half your head and keep the rest).

But we had a good time. We did some yoga, checked out some far-out meditation workshops, and went rafting down the Ganges with a group of 19 year-old boys from Agra. It was great to catch up with Kelly and throw around some ideas about Seattle and the future. After a few days we caught another overnight bus, this time to Dharamsala, the home-base for the Dalai Lama and the Tibetan government in exile.

This was almost a week ago, and I’m loving it here. Most people don’t stay in Dharamsala itself, which is a relatively large and bustling city. We’re up the hills in Mcleod Ganj, which is where the Dalai Lama’s temple is (he’s not in town right now unfortunately). Farther up there are a couple smaller towns which are great for walking around, but which have the same muesli-vibe we caught in Rishikesh. The Tibetan community is really strong in Mcleod Ganj, which gives the place a wonderful feel. There are all sorts of organizations around to support the refugees, and I’ve just started helping a bit with English conversation classes. The air is clean here; the mountains are beautiful. We’re just in the foothills of the Himalayas (6,000 ft), which I’m planning to explore more deeply in the next few weeks. 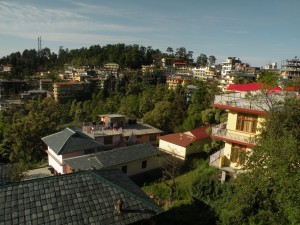 I’ve also met back up with Samyak Yoga, the group I did my yoga teacher training with. It’s great to see them again, drop into a few classes, and feel immediately like I’m part of a community here. Today I started a 5-day intensive Iyengar Yoga course, which will be a whole different way of looking at the practice, focusing entirely on alignment of the body. There is strong coffee here (without the pot-smoking and peace signs to go with it), and the desserts are the best I’ve had in the country. Indians love sweets, which tends to make their treats one-dimensional along the sugar axis. The Tibetans have it better figured out, with a good balance of sweet, salt, and chocolate.

Seeing the Tibetan community in exile first-hand has also opened my eyes to the insanity of the struggle going on across the border. It’s a desperate situation. All those “Free Tibet” stickers and t-shirts have been changing over to “Save Tibet,” which is much more accurate at this point. This is a story for another time.

Basically, you are probably getting the idea that there is a huge amount going on over here. My days are full and the energy around is powerful. There is so much good stuff to do, and now I’m down to my last month in India. The trip is simultaneously flying by and endless: one of the mysteries of time. I’m excited to get back to the States to pursue some of these ideas, but still savoring the experiences of the trip.

Iyengar Yoga/I am not a Yogi
Scroll to top