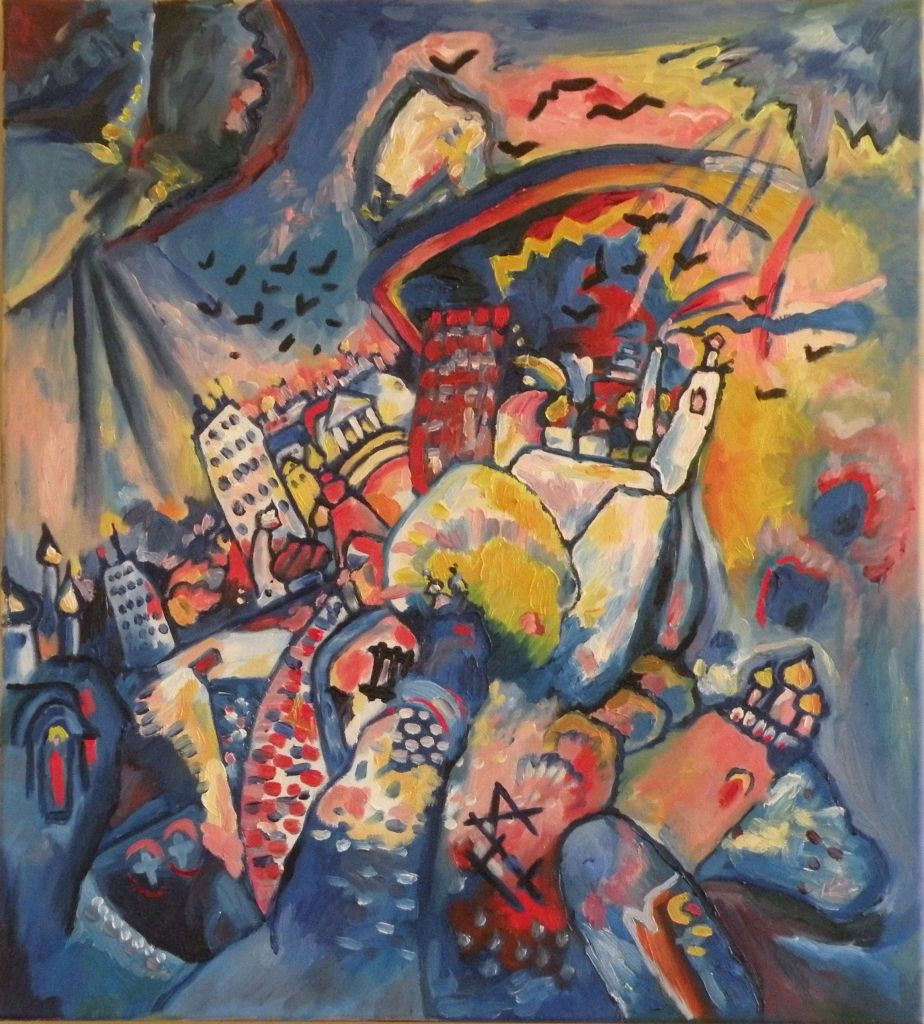 From my understanding, training for art by masterwork copy has come in and out of favor at various points in recent history. Masterwork copy is just as it sounds: creating a copy of a great piece by a master artist. Some teachers believe that this stifles creativity, perhaps suppressing a young artist’s own voice. Others think it’s a great way to learn technique and get deeply involved with a piece of art. I’ve worked through a couple of these, and I have to say I agree with the latter.

I did my first real masterwork copy last spring in an oil painting class. I chose an early Kandinsky, mostly because I like his work and I particularly liked the look of the specific piece. It was a 1919 work titled Moscow I, an abstract landscape of Moscow. It seemed perhaps a bit ambitious, but that is usually an enticement rather than impediment for me.

At first, painting the copy went about how I had expected it to. Matching colors, trying to match the stroke. As I became more familiar with the piece, I began noticing details in the paint that I hadn’t seen before. Much of the work would be impossible to reproduce on a single pass; it required successive layers of washes and covers. I hadn’t experienced this deconstruction of a piece of art before, it was almost like getting to watch over the artist’s shoulder as he worked through the piece. Eventually I decided it was more fun to paint in the style I thought Kandinsky might have been using than to try to make a photographic reproduction. I kept the brush strokes and didn’t worry too much if they weren’t in exactly the right place.

My version of Kandinsky’s ‘Moscow I’

Last week I worked on another copy, this time of a drawing by Courbet. His work is in charcoal and I used pencil, so I wasn’t expecting to be able to get quite the same texture. This exercise was mostly about light and dark, finding shapes and shadows. I actually started blocking out with the drawing upside-down in order to focus on the pattern of value rather than any discernible features. Once I had gotten the basic shapes defined, I flipped the work right-side-up again and began hashing out the details. As with the Kandinsky, my perception and understanding of the work continued to grow as I worked through it. I began to notice features that appeared to be just hinted at at first, and to a certain extent I began to gain understanding of the stroke and touch Courbet used in the work. Using a different medium than the original may have limited this somewhat, but the general idea was still there. 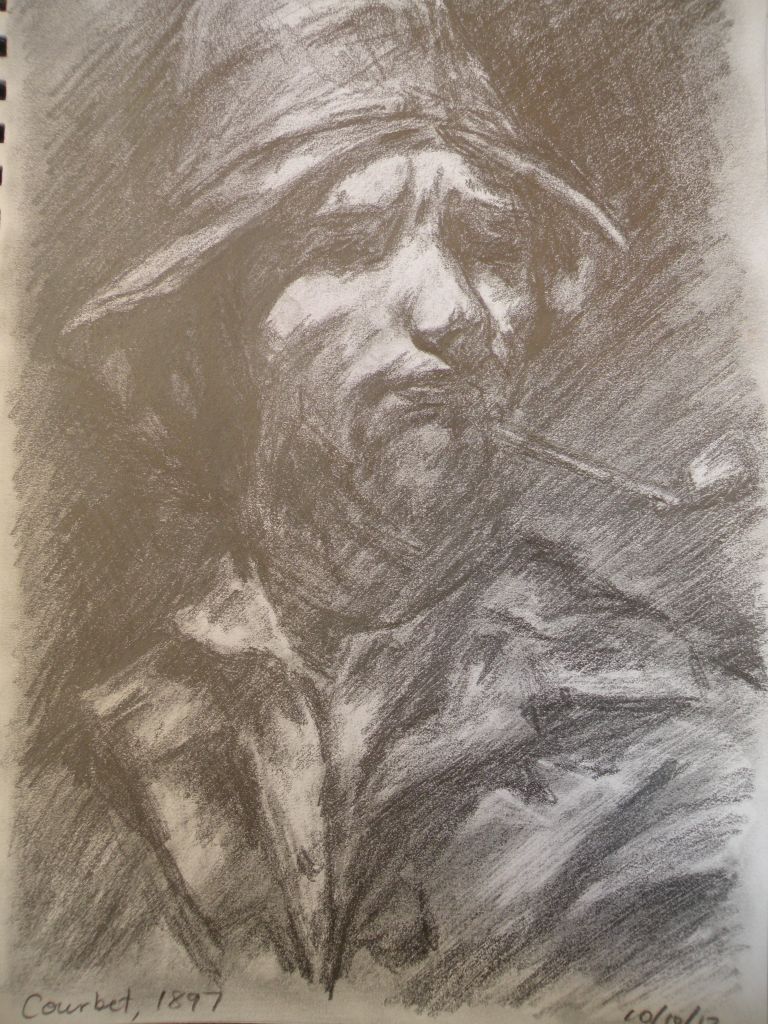 My version of Courbet’s ‘Self Portrait’

After completing each of these masterwork copies, I felt I had gained new understanding of the components of the pieces, and more importantly, a sense of how these individual components work together to give a powerful sense of wholeness and beauty. If any of my own creativity was sacrificed while working through these pieces, I’m confident that it is made up for by the advancement of my technique and my improved understanding of the process of creating a serious work. I doubt I will do these masterwork copies often, but I definitely recommend them as an exercise for getting fully immersed in a great piece of art.

Self-Help and Mentoring
Scroll to top